Ask a Family Dentist- How is it Possible to Set your Mouth on Fire?

Austin ,TX – A few days ago, a tragedy struck a 5-year-old patient while she was sitting in a dental chair under anesthesia for a treatment. According to the parents of the child who had to take their daughter to the hospital, the girl’s mouth caught on fire, because of an accidental spark from a burr. The parents are suing for damages, while the owner of the dental practice, who did not know he was the subject of a lawsuit, declined to comment on mainstream news sources. The girl is alive and recovering but still went through a lot of damage to her mouth and her throat.

However, strange incident aside, it makes some of us wonder how likely is something like this to occur? This story hasn’t been heard before, and it sounds like the results of a 1 in a million accident. But what were the circumstances at that dentist office that made it happen in the first place?  Is there something that family dentists could learn from this tragedy? Is there a need for change in standard procedure?

What Happened That Day at the Dentist?

According to multiple news sources, thie dentist told the courts that it was a standard procedure check up for the 5 year old.  He had been using a diamond burr to smooth the girl’s teeth while she was asleep in the dental chair, under anesthetics. He claimed that a pack of air in her throat combined with the spark from the burr started the fire.

From here we can deduce three things from this.

The first part seems farfetched, because anesthesia carries a certain level of medical risk. But even general anesthesia, the kind that puts people under, is safe for children starting at 3 years old.  If you have an infant who needs to be put under, parents should talk to their doctor about a possible risk of brain development.

There also should be a licensed anesthesiologist on board during a procedure like this, no matter how old you are. They are there to mainly check major body functions such as breathing, heart rate and rhythm, body temperature, blood pressure, and blood oxygen levels during surgery.

Is anesthesia flammable though? No. Under normal conditions, they two most popular forms of general anesthesia are non volatle.

This brings us to the second point to look at. Is it possible for air to pack in your throat, especially while unconcious? Yes. It happens all the time to a lot of people. Airway obsruction is not a new concept. There is even a term for it that exists for it, aerophagia. That is when a person swallows too much air while they are asleep or awake. This happens when you smoke, drink carbonated beverages, chewing gum, are too anxious, or have a Cpap on too high while asleep.

We know air is flammable because we can start fires on the Earth all the time. We rely on breathing a combination of oxygen and carbon to survive, and pure oxygen is SUPER flammable. Combine this with the fact that aerophagia is a common problem with anyone under general anesthesia, and you start to clearer picture of what happened. Chances are that the dentist or the assistants were not paying attention to air building up in the child’s stomach or throat after she was put under.

However, there is still the matter of the burr.

Can Diamonds on a Burr Light a Fire?

A burr is a bit with a rough edge attached to a drill that a dentist uses for various work. Different burrs are often used for different jobs, and diamond burrs are used specifically for chipping away pieces of tooth and ceramic, leaving a rough finish. They have a range of grits from fine to coarse, and are the most common burrs for dental drill types.

Diamond is the hardest material in the world, and that is why we use them for dental work on our hard teeth. But the question still arises, can a drill spark a fire? Absolutely. The high speed of a drill creates a friction that can indeed cause sparks.  Combine that with the oxygen that comes from an air pocket, and that makes a completely plausible scenario.

What Dentists can Learn and Why Patients Shouldn’t Worry

While this can happen in either a surgery ward in a surgical wing at a hospital or a cavity removal in a dentists office, it rarely happens that often. Out of 48.3 million surgical procedures done in a year in the United States there are about 550-650 surgical fires in the U.S.  About 20-30 surgical fires cause serious injury or disfiguration. That is a one in 100,000 chance of it happening.  And the chances of that being a fatality, are even more slim.

But heart disease, diabetes, and other conditions related to tooth decay and the bacteria that cause it are far more likely. You don’t even need general anesthesia if you wish to tell your dentist that you want to opt out of it. There are numbing agents that can keep the experience pain free, and your body less filled with air.

While what happened to that little girl is an important reminder for dentists and anesthisiologists to be vigilant about patient care. Because accidents happen, no matter what the intention.

If you want to talk to a dentist in Austin, Texas about your concerns, feel free to follow us at www.austinfamilydentist.com 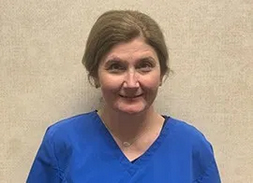 Beth S. has been in the dental field for over 15 years. She helps in the front office (insurance claims, answering calls), as well as assists clinically with Drs. Fossum and Tucker. Beth helps make your your appointment is smooth and efficient as possible. Beth enjoys outdoor activities and spending time with her family. 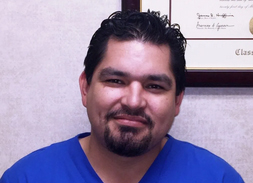 John has been a Registered Dental Assistant since 2004 and has been with Austin Family Dentist since late 2016. He enjoys his role in the office helping provide caring and quality dentistry to our patient community. John is here to help w/ any and all questions and to help your dental appointment run smoothly. John enjoys spending time with his wife and 2 children. During some of his free time, he provides meals and dental essentials to the homeless. John is a big Dallas Cowboys fan.

Ying is one of our two full time Dental Hygienists. She has been with Austin Family Dentist since November 2015. She is fluent in two languages (Chinese and English) and still knows some Japanese. Ying has a degree in international business, and earned her Registered Dental Hygiene degree from Austin Community College. Ying enjoys traveling, photography, sports, gardening, sewing, and making new friends in Austin. Ying has a gentle touch and is very detail oriented. She strives to make each and every patient have a welcoming, educating, and pleasant experience at Austin Family Dentist. 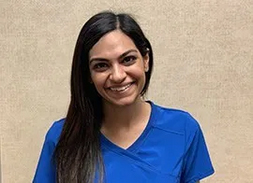 Shireen is one of our two full time hygienists. She grew up on San Antonio where she received her bachelor’s degree in Biology and attended the Health Science Center for Dental Hygiene. In her spare time Shireen enjoys attending concerts (she is a huge music lover). She always enjoys outdoor activities and being with friends. 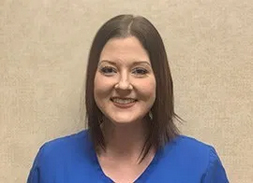 Melissa has been a registered dental assistant since 2010.  She is one of the ladies who will be greeting you when you walk in the door.  She enjoys working at Austin Family Dentist because she loves working in a fun, friendly, family-oriented atmosphere. Although she is an RDA, she mainly specializes in handling the insurance, scheduling, and treatment coordinating. Melissa enjoys helping patients change their perception of dentistry and restoring smiles inspires her everyday.  If you ever have any questions Melissa is here to help answer any and all of your questions.

In her free time, Melissa enjoys being outdoors, trying new foods, cooking, crafting, listening to live music, and most importantly, spending time with her family. 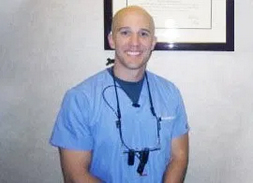 Dr. Brent Fossum was born and raised in Rapid City, South Dakota, and has lived in Albuquerque, New Mexico, and several cities in Texas. His extended family includes seven dentists including three brothers in his immediate family, all of whom graduated from the University of Texas Dental Branch in Houston, and three great uncles, also brothers, who graduated from the Chicago College of Dental Surgery, the first being Dr. Albert Fossum, who received his DDS Degree in 1898…