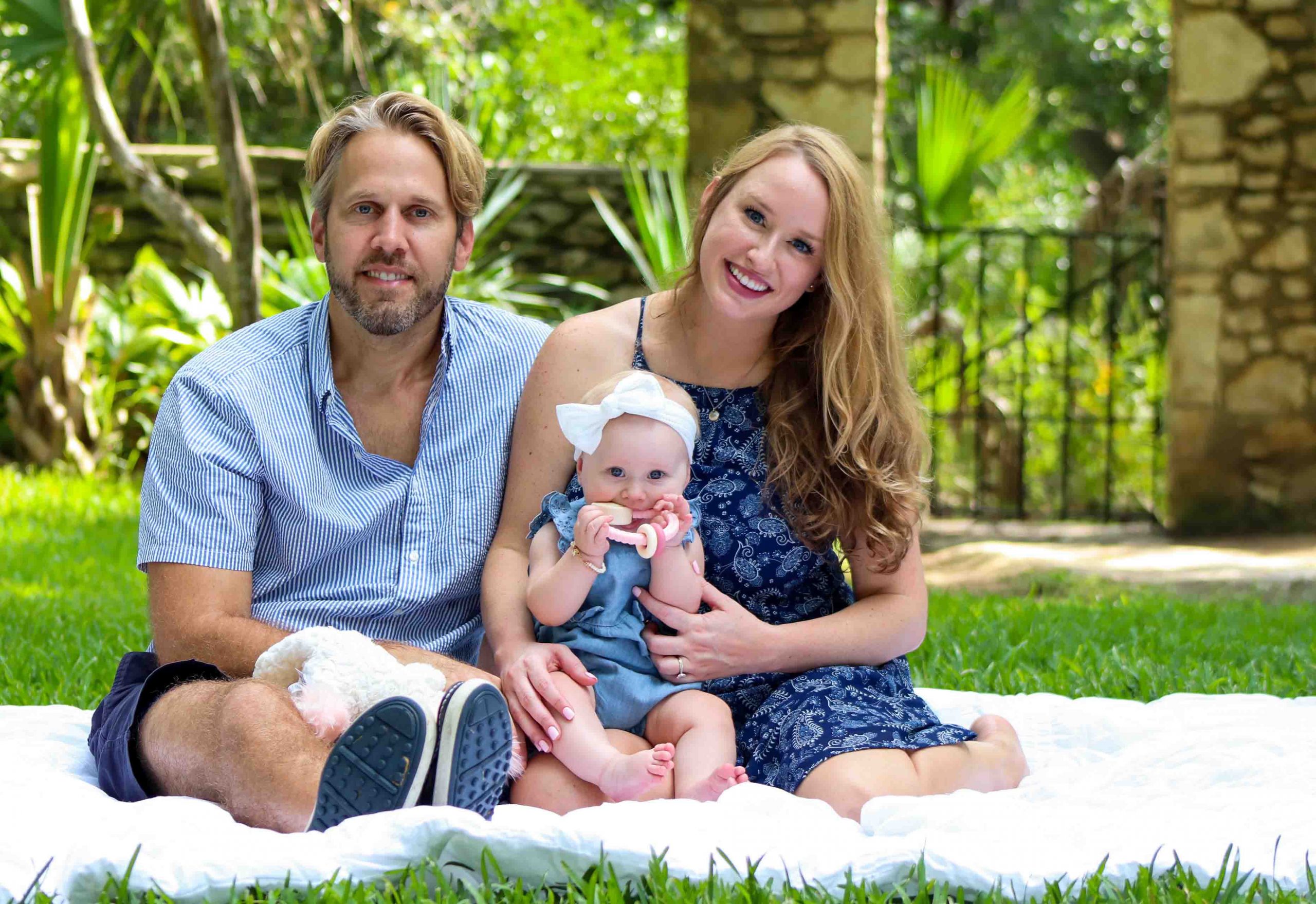 Dr. Brian D. Tucker was born and raised in Cinnaminson, New Jersey. He received his Baccalaureate of Science in Biology at The College of New Jersey. Dr. Tucker went on to the University of Medicine and Dentistry of New Jersey where he received his Dental degree as a Doctor of Medical Dentistry. During his senior year, Dr. Tucker was one of five students chosen to participate in CODE, an advanced clinically oriented program.

Dr. Tucker graduated in the top 10 of his class, and was chosen for the Omicron Kappa Upsilon (OKU) Alumni Membership. Induction into OKU, the Dental Honor Society, is a prestigious award given to those who excel not only academically, but also clinically throughout their dental school career. Dr. Tucker was recognized at his OKU Awards Ceremony as the highest earner of performance competencies in recent years at UMDNJ.

Dr. Tucker moved to Austin in 2006 and has since been in private practice. Because of the constant advances in dentistry, he considers being a dentist a lifelong learning process. Dr. Tucker is a firm believer in continuing education as a means to maintain and advance his expertise in cutting edge technologies and techniques. He has demonstrated this interest and commitment to dentistry by not only having completed the rigorous criteria to be awarded the FAGD, Fellowship of the Academy of General Dentistry in July 2009, but also by being one of the youngest recipients of this distinction, and to date, has completed 1,000 hours of continuing education.

The Academy of General Dentistry (AGD) Fellowship was created more than 50 years ago to honor those who clearly recognize and embrace the professional obligation to remain current in their knowledge and skills in order to insure delivery of the highest quality oral healthcare and to better serve patients. Fellowship in the AGD has evolved today into the most recognizable designation within the dental profession of commitment to continuing education, and it serves as a model by which to measure professional excellence. Only 6% of dentists in the US and Canada have earned their AGD Fellowship. Although Dr. Tucker is immensely proud to have attained such a distinguished award as the FAGD, he does not consider this achievement as the culmination of his educational efforts, but rather as a marker and acknowledgement of his enduring commitment to maintaining his expertise in general dentistry. 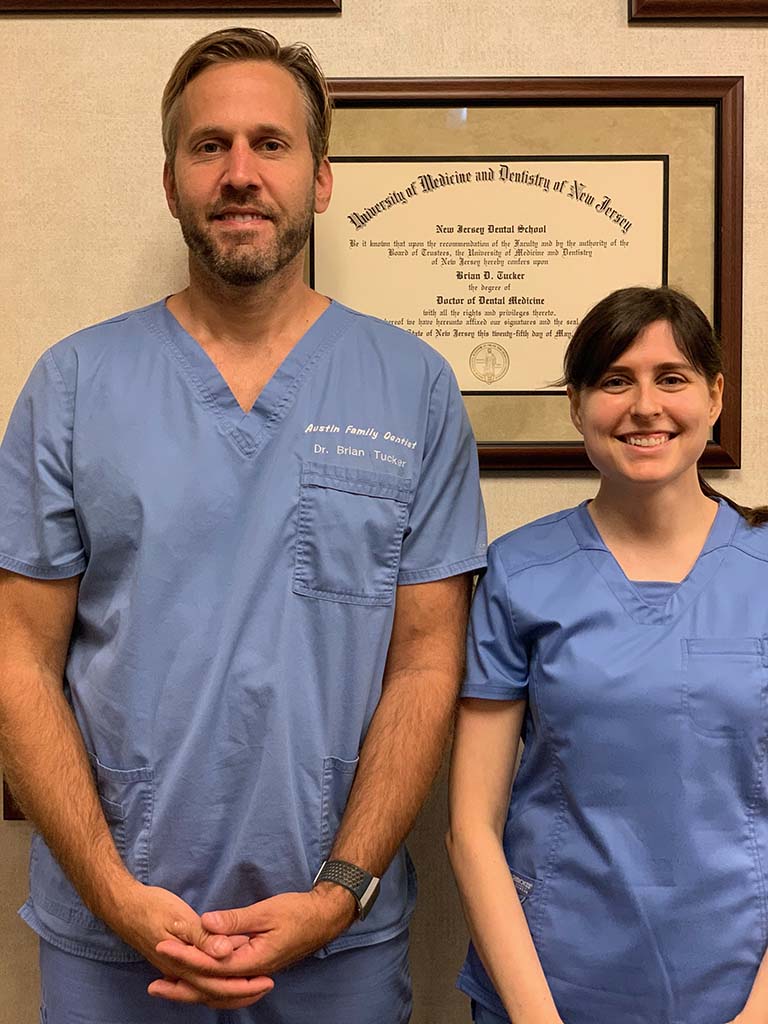 HOW TO CHOOSE A DENTIST

Selecting a dentist best suited to meet your particular dental needs requires an introduction to the various fields of dentistry. The more you understand the differences between the dental fields, the more successful you will be in your search for the right dentist. 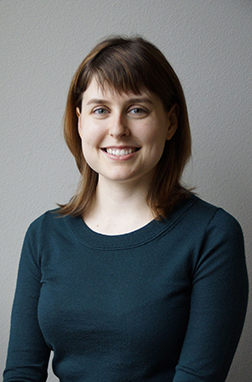 During her residency Dr. Kieschnick gained experience in pediatric dentistry, placing implants, hospital dentistry and complicated extractions. During that time, she worked in a public clinic, special-needs clinic, and was on-call for emergencies at the University of New Mexico hospital. After practicing dentistry in Albuquerque, she moved back to Texas, happy to be home!

Dr. Kieschnick takes a regular part in continuing education, attending conferences and study groups to keep herself up-to-date and refine her skills. She is a member of the Academy of General Dentistry and the American Dental Association.

In her spare time Dr. Kieschnick likes to rock climb, play board games, and volunteer garden.

Liz graduated from University of Minnesota with a Bachelor of Science degree in Dental Hygiene. After practicing in Minneapolis and San Francisco, she is happy to be in Austin and part of the Austin Family Dentist team! Liz is passionate about health in general and oral health plays a huge role in being an overall healthy person. Outside of work, Liz enjoys traveling decorating and raising her 3 tween/teenage daughters and working on her jump rope skills.

Ashtin is one of our dental hygienists. She grew up in Circleville, Utah and graduated from Dixie State University with her Bachelors in Dental Hygiene in 2016. She has worked in the dental field since 2012 where she first assisted the dentist prior to her dental hygiene education. Ashtin truly loves her career and enjoys cleaning teeth and meeting new people. In her spare time she enjoys hiking, biking, cooking, and most importantly spending time with her two young daughters.

Sierra is one of our dental hygienists. She grew up in St. George, Utah & graduated from Utah Valley University’s dental hygiene program in 2016. Her favorite part of being a hygienist is getting to know her amazing patients and seeing their oral health improve over time. In her free time, she enjoys being outdoors with her husband & their two young daughters, riding her bike, & playing the piano.

Robert is an avid runner who enjoys the outdoors and has been in the dental field since 2006.

Ying is one of our two full time Dental Hygienists. She has been with Austin Family Dentist since November 2015. She is fluent in two languages (Chinese and English) and still knows some Japanese. Ying has a degree in international business, and earned her Registered Dental Hygiene degree from Austin Community College. Ying enjoys traveling, photography, sports, gardening, sewing, and making new friends in Austin. Ying has a gentle touch and is very detail oriented. She strives to make each and every patient have a welcoming, educating, and pleasant experience at Austin Family Dentist.
Scroll to Top